September 4, 2012 – EUROPE - A growing number of global and European health bodies are warning that the introduction and intensification of austerity measures has led to a sharp rise in mental health problems with suicide rates, alcohol abuse and requests for anti-depressants increasing as people struggle with the psychological cost of living through a European-wide recession. “No one should be surprised that factors such as unemployment, debt and relationship breakdowns can cause bouts of mental illness and may push people who are already vulnerable to take their own lives,” Richard Colwill, of the British mental health charity Sane, told CNBC. “There does appear to be a connection between unemployment rates and suicide for example,” he said, referring to a recent study in the British Medical Journal that stated that more than 1,000 people in the U.K. may have killed themselves because of the impacts of the recession. “This research reflects other work showing similar rises in suicides across Europe.” According to Josée Van Remoortel, advisor to the European organization Mental Health Europe (MHE), the financial crisis is affecting “all areas of life,” not just economies, and its impact on mental health is creating a “deep chasm in our society.” “The credit crunch [has] had one unexpected consequence and one that reflects a deep chasm in our society – a sharp rise in mental health problems, largely caused by uncertainty and fear for the future,” he writes in a paper entitled “The Sane Approach.” A recent survey of general practitioners (family doctors) in Britain by the Insight Research Group seems to support Van Remoortel’s view. The data showed that out of 300 family doctors surveyed, the majority reported that austerity was damaging their patients’ health. Seventy six percent said their patients were unhealthier due to the economic climate and 77 percent said more patients were seeking treatment for anxiety. The doctors surveyed relayed an increase in the incidence of alcohol abuse, anxiety, depression and requests for abortions due to economic reasons, anecdotal evidence borne out by statistics for anti-depressant requests in the U.K., which have risen 28 percent from 34 million prescriptions in 2007 to 43.4 million in 2011. Wolfgang Münchau told the Financial Times in July, the debt crisis in the Eurozone could likely last 20 years. -CNBC
============================================


Fears rising, Spaniards pull out their cash and get out of Spain 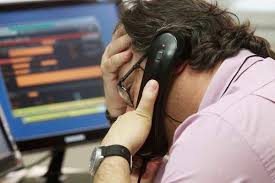 September 4, 2012 – SPAIN – After working six years as a senior executive for a multinational payroll-processing company in Barcelona, Spain, Mr. Vildosola is cutting his professional and financial ties with his troubled homeland. He has moved his family to a village near Cambridge, England, where he will take the reins at a small software company, and he has transferred his savings from Spanish banks to British banks. “The macro situation in Spain is getting worse and worse,” Mr. Vildosola, 38, said last week just hours before boarding a plane to London with his wife and two small children. “There is just too much risk. Spain is going to be next after Greece, and I just don’t want to end up holding devalued pesetas.” Mr. Vildosola is among many who worry that Spain’s economic tailspin could eventually force the country’s withdrawal from the euro and a return to its former currency, the peseta. That dire outcome is still considered a long shot, even if Spain might eventually require a Greek-style bailout. But there is no doubt that many of those in a position to do so are taking their money — and in some cases themselves — out of Spain. In July, Spaniards withdrew a record 75 billion euros, or $94 billion, from their banks — an amount equal to 7 percent of the country’s overall economic output — as doubts grew about the durability of Spain’s financial system. The withdrawals accelerated a trend that began in the middle of last year, and came despite a European commitment to pump up to 100 billion euros into the Spanish banking system. Analysts will be watching to see whether the August data, when available, shows an even faster rate of capital flight. More disturbing for Spain is that the flight is starting to include members of its educated and entrepreneurial elite who are fed up with the lack of job opportunities in a country where the unemployment rate touches 25 percent. According to official statistics, 30,000 Spaniards registered to work in Britain in the last year, and analysts say that this figure would be many multiples higher if workers without documents were counted. That is a 25 percent increase from a year earlier. “No doubt there is a little bit of panic,” said José García Montalvo, an economist at Pompeu Fabra University in Barcelona. “The wealthy people have already taken their money out. Now it’s the professionals and midrange people who are moving their money to Germany and London. The mood is very, very bad.” –CNBC 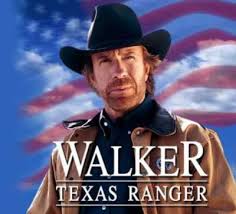 September 4, 2012 – WASHINGTON – We are here to talk about a growing concern we all share. If we look to history, our great country and freedom are under attack. We’re at a tipping point and, quite possibly, our country as we know it may be lost forever if we don’t change the course in which our country is headed. With our country at a crossroads, Chuck and I have asked ourselves what we can be doing to help support this great country we’re blessed to live in and how we can encourage our like-minded American brothers and sisters to unite and let their voices be heard,” she said. “It is estimated that in the 2008 election, 30 million evangelical Christians stayed home on voting day and Obama won the election by 10 million votes. We know you love your family and your freedom as much as Gena and I do, and it is because of that we can no longer sit quietly or stand on the sidelines and watch our country go the way of socialism or something much worse. As Edmund Burke said, ‘All that is necessary for the triumph of evil is that good men and women do nothing.’ Our great president, Ronald Reagan said, ‘Freedom is never more than one generation away from extinction. We didn’t pass it to our children in the bloodstream. It must be fought for, protected and handed on for them to do the same. President Reagan went on to say that ‘You and I have a rendezvous with destiny. We will preserve for our children this last best hope of man on earth, or we will sentence them to take the first step into a thousand years of darkness. If we fail, at least let our children and our children’s children say of us we justified our brief moment here. We did all that could be done. Please stand with us, let’s unite for God and country. And may God continue to bless the United States of America. –Buzz Feed

September 4, 2012 – WASHINGTON – Following a brief period in which it seemed that US food stamp recipients may have peaked, with those living in poverty maxing out at 46.514 million in December 2011, and then declining modestly for the next few months, June saw a new surge in those Americans living in poverty and thus eligible for food stamps, with 173,600 new entrants into the system, bringing the total to a new all time high of 46.670 million and once again rising fast. Furthermore, with subsequent emergency events affecting the heartland due to the drought, the administration has made sure even more Americans will be eligible going forward. As a result expect the July and August numbers to promptly surpass 47 million on their way to the psychological resistance level of 50 million. Indicatively, the 173,600 increase in Food stamps recipients in June was three times greater than Americans finding jobs (64,000, most of which part-time) according to the BLS. Finally, a new record was also breached for American households on food stamps, which now hit 22.4 million, an increase of 106,298 households. The average benefit per household decline once more, this time to $276.5. Not an all time low, but just above it. –Zero Hedge 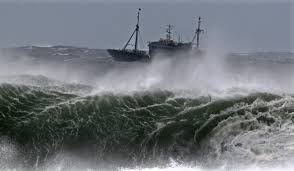 September 4, 2012 – NORTH KOREA – A strong typhoon which hit North Korea last week killed 48 people and left more than 50 injured or missing, the country’s state news agency said on Monday. Typhoon Bolaven pounded the Korean peninsula last Tuesday, leaving a trail of death and damage in the two Koreas. In addition to the casualties, 21,180 people were left homeless by the storm, which destroyed or inundated 6,700 houses, toppled more than 16,730 trees and disabled 880 industrial and public buildings, the North’s official Korean Central News Agency said. Bolaven also damaged at least 50,000 hectares of farmland, ravaging crops in 45,320 hectares of paddy and non-paddy fields, it said. It was not immediately possible to independently verify the death toll or damage estimates. The impoverished North is still grappling with the after-effects of floods in June and July that killed 169 people and left 400 missing. The country suffers chronic food shortages, with the situation exacerbated by floods, droughts and mismanagement. During a famine in the mid to late-1990s, hundreds of thousands died. Outdated and inefficient agricultural practices, along with a shortage of fertilizer and diversion of food to the military, have contributed to the annual food shortages. –Terra Daily