Scientists bewildered by mass migration of snowy owls from the Arctic 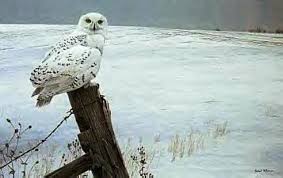 January 28, 2012 – SALMON, Idaho – Bird enthusiasts are reporting rising numbers of snowy owls from the Arctic winging into the lower 48 states this winter in a mass southern migration that a leading owl researcher called “unbelievable.” Thousands of the snow-white birds, which stand 2 feet tall with 5-foot wingspans, have been spotted from coast to coast, feeding in farmlands in Idaho, roosting on rooftops in Montana, gliding over golf courses in Missouri and soaring over shorelines in Massachusetts. A certain number of the iconic owls fly south from their Arctic breeding grounds each winter but rarely do so many venture so far away even amid large-scale, periodic southern migrations known as irruptions. “What we’re seeing now — it’s unbelievable,” said Denver Holt, head of the Owl Research Institute in Montana. “This is the most significant wildlife event in decades,” added Holt, who has studied snowy owls in their Arctic tundra ecosystem for two decades. Holt and other owl experts say the phenomenon is likely linked to lemmings, a rodent that accounts for 90 percent of the diet of snowy owls during breeding months that stretch from May into September. The largely nocturnal birds also prey on a host of other animals, from voles to geese. An especially plentiful supply of lemmings last season likely led to a population boom among owls that resulted in each breeding pair hatching as many as seven offspring. 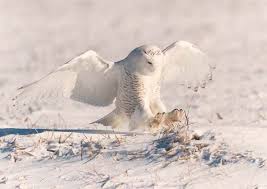 That compares to a typical clutch size of no more than two, Holt said. Greater competition this year for food in the Far North by the booming bird population may have then driven mostly younger, male owls much farther south than normal. Research on the animals is scarce because of the remoteness and extreme conditions of the terrain the owls occupy, including northern Russia and Scandinavia, he said. The surge in snowy owl sightings has brought birders flocking from Texas, Arizona and Utah to the Northern Rockies and Pacific Northwest, pouring tourist dollars into local economies and crowding parks and wildlife areas. The irruption has triggered widespread public fascination that appears to span ages and interests.”For the last couple months, every other visitor asks if we’ve seen a snowy owl today,” said Frances Tanaka, a volunteer for the Nisqually National Wildlife Refuge northeast of Olympia, Washington. But accounts of emaciated owls at some sites — including a food-starved bird that dropped dead in a farmer’s field in Wisconsin — suggest the migration has a darker side. And Holt said an owl that landed at an airport in Hawaii in November was shot and killed to avoid collisions with planes. He said snowy owl populations are believed to be in an overall decline, possibly because a changing climate has lessened the abundance of vegetation like grasses that lemmings rely on. This winter’s snowy owl outbreak, with multiple sightings as far south as Oklahoma, remains largely a mystery of nature. “There’s a lot of speculation. As far as hard evidence, we really don’t know,” Holt said. –Yahoo News, Reuters January 28, 2012 – JAPAN – Two moderate earthquakes struck near a dormant volcano in eastern Japan on early Saturday morning, seismologists said, but there were no immediate reports of damage or casualties. The quake was widely felt in the capital. A 5.0-magnitude earthquake at 7:39 a.m. local time (2239 GMT Friday) was centered about 16.7 kilometers (10.3 miles) northwest of Yamakita, a town located in the Ashigarakami District of Kanagawa Prefecture, or about 67 kilometers (41 miles) west of Tokyo. It struck at a depth of approximately 20 kilometers (12.4 miles), according to the Japan Meteorological Agency (JMA). Just minutes later, at 7:43 a.m. local time (2243 GMT Friday), an earthquake with a magnitude of 5.5 on the Richter scale struck the same area. The earthquakes struck close to Mount Fuji, a volcano which last erupted in 1707 but is currently considered to be at a low risk of eruption. Shaking as a result of Saturday’s earthquake could be felt across Tokyo, prompting authorities to briefly halt Tōkaidō Shinkansen high-speed train services as a precaution. The train services resumed soon after, and there were no immediate reports of damage or casualties. Japan sits on the so-called ‘Pacific Ring of Fire’, an arc of fault lines circling the Pacific Basin which is prone to frequent and large earthquakes as well as volcanic eruptions. The University of Tokyo’s Earthquake Research Institute predicted earlier this month that the capital faces a 70 percent probability of experiencing a magnitude-7 quake within four years. On March 11, 2011, an enormous 9.0-magnitude earthquake struck off the coast of northeastern Japan, generating a devastating tsunami. The earthquake and resulting tsunami left at least 15,833 people killed while 3,671 others remain missing and are feared dead. –Channel 6 News 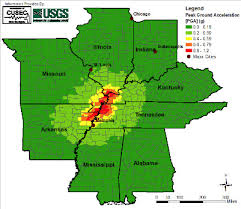 January 28, 2012 – MISSOURI – Washington’s emergency management director is encouraging individuals, businesses, schools and service groups to participate in a regional earthquake preparedness drill. The Great Central U.S. ShakeOut will take place Tuesday, Feb. 7, at 10:15 a.m. As of Friday, more than 1.6 million participants from the region have agreed to take part in the drill in some form. Of those, more than 366,000 are from Missouri so far. Those interested in taking part in the drill can sign up to register at http://shakeout.org/centralus. Bill Halmich, emergency management director, said the city of Washington has registered for the drill. Halmich provided city departments with information about the drill and said each department will participate in a manner that does not disrupt city services that day. A resolution to participate is expected to be brought before the city council Monday, Feb. 6, Halmich said. Unlike other natural disasters, earthquakes can be an unusual challenge to prepare for because there are no advance warnings, he said. Those who register can participate at different levels based on how much time they can allow for the exercise. “It can be as easy as providing information to your staff,” Halmich said, such as emailing employees tips on how to prepare for an earthquake at home and work or hanging banners and signs throughout organizations or workplaces. Another way to participate is hold post-drill discussions to hear what people learned and plan their next steps. Participants also can consider taking part in safety drills, discussing what to expect will happen during the drill and then holding a feedback session after the drill to identify strengths and weaknesses. Registered participants will be asked after the drill to provide information as to what they did to prepare. Then, those individuals or groups will receive a certificate of participation. Halmich is asking once participants receive their certificate to notify him so he can make a list of who in this area took part and how. On April 28, 2011, 486,238 organizations and individuals in Missouri took part in the first Great Central U.S. ShakeOut. –E Missourian

January 28, 2012 – JAPAN – An active fault around 200 km long that is believed to have been a source of huge quakes in the past has been found off Honshu’s Kii Peninsula, according to researchers at the University of Tokyo. If the fault on the Nankai Trough moves, it could trigger a magnitude 8.0 earthquake, the researchers said, adding they have found a seabed cliff several hundred meters high that was created by the fault’s past movements. “There is a high probability that fault shifts have caused great tsunami,” said Park Jin Oh, associate professor of marine geology. “We need to reformulate disaster countermeasures by taking into account an active fault on the seabed 200 km or longer.” Park analyzed sonar data on the seabed collected by the Japan Agency for Marine-Earth Science and Technology and found a fault branching off from a boundary between two tectonic plates in an area west of the southern tip of the Kii Peninsula in Wakayama Prefecture. The fault was found to be connected to a similar fault to the east of the peninsula and to extend at least 200 km, the researchers said. While it remains unclear exactly when or how many times the fault has moved, the eastern and western parts are believed to have shifted often and at the same time, judging from the geographical characteristics of the area. Such movements may have caused the 8.6-magnitude Hoei earthquake in 1707, Park said. The eastern part of the fault is meanwhile believed to have caused a magnitude 7.9 quake and tsunami that struck in 1944. In addition, an extended area of the newly discovered western part overlaps the area where a magnitude 8.0 quake struck in 1946. It is therefore possible that the western part moved two years after the eastern part did, Park said. –Japan Times

January 28, 2012 – KERMADEC – A 6.2-magnitude earthquake has struck beneath the Pacific off New Zealand’s Kermadec Islands. The earthquake was later downgraded to a 5.8 by the USGS. No tsunami warning has been issued. The United States Geological Survey says the remote offshore quake hit at 05:42 am local time (1742 GMT) at a depth of 28 kilometers. Its epicenter was 44 kilometers east southeast of Raoul Island and 937 kilometers south southwest of Tonga. The Pacific Tsunami Warning Center did not issue a tsunami alert for the area, part of the Pacific’s “Ring of Fire,” a highly active tectonic zone that frequently experiences earthquakes. The initial quake was followed five minutes later by a 5.2-magnitude aftershock in a similar area which turned into a swarm. The remote Kermadec Islands are New Zealand’s northern most islands, 1,100 kilometers north of Auckland. The 5.8 earthquake was followed by a swarm of aftershocks- a 5.0, 5.1, a 5.2, a 5.3, and a 5.4. –Radio Australia News