January 7, 2012 – WORLD – The global economy could withstand widespread disruption from a natural disaster or attack by militants for only a week as governments and businesses are not sufficiently prepared to deal with unexpected events, a report by a respected think-tank said. Events such as the 2010 volcanic ash cloud, which grounded flights in Europe, Japan’s earthquake and tsunami and Thailand’s floods last year, have showed that key sectors and businesses can be severely affected if disruption to production or transport goes on for more than a week. “One week seems to be the maximum tolerance of the ‘just-in-time’ global economy,” said the report by Chatham House, the London-based policy institute for international affairs. The current fragile state of the world’s economy leaves it particularly vulnerable to unforeseen shocks. Up to 30 percent of developed countries’ gross domestic product could be directly threatened by crises, especially in the manufacturing and tourism sectors, according to the think-tank. It is estimated that the 2003 outbreak of severe acute respiratory syndrome (SARS) in Asia cost businesses $60 billion, or about 2 percent of East Asian GDP, the report said. After the Japanese tsunami and nuclear crisis in March last year, global industrial production declined by 1.1 percent the following month, according to the World Bank. The 2010 volcanic ash cloud cost the European Union 5-10 billion euros and pushed some airlines and travel companies to the verge of bankruptcy. “I would like to think we can learn from those experiences and be more resilient for longer but it won’t happen unless governments and businesses are better prepared and put in place different supply chains which can be relied on when disasters strike,” said Alyson Warhurst, chief executive of UK-based risk analysis company Maplecroft. Costs can escalate quickly when transport or major production hubs are disrupted for more than a few days, which can in turn threaten food and water supplies and energy and communication networks, the report said. Climate change and water scarcity will only add to risks, putting even more pressure on infrastructure and resources. Experts have been warning governments over the past few years that they are not properly prepared to deal with national crises. -MSNBC

January 7, 2012 – EARTH – Mass extinctions during catastrophic climate change were caused by huge mercury levels, Canadian scientists say. The Earth’s greatest global loss of life, around 250 million years ago, wiped out almost all marine creatures and most land-dwellers. Now, researchers at the University of Calgary have published a paper in the Geology journal, which blames massive mercury levels from volcanic eruptions, 30 times greater than those seen today. Co-author, Dr. Steve Grasby, an adjunct professor at the University of Calgary and a research scientist at Natural Resources Canada, says, “No one had ever looked to see if mercury was a potential culprit. This was a time of the greatest volcanic activity in Earth’s history and we know today that the largest source of mercury comes from volcanic eruptions. We estimate that the mercury released then could have been up to 30 times greater than today’s volcanic activity, making the event truly catastrophic.” This is the first study to blame mercury for the Permian extinctions, says co-author and University of Calgary Geology Professor, Dr. Benoit Beauchamp. “Geologists, including myself should be taking notes and taking another look at the other five big extinction events.” The loss of marine life occurred after the oceans were contaminated by the mercury, explains Dr. Hamed Sanei, adjunct professor at the University of Calgary and research scientist at Natural Resources Canada. “Typically, algae acts like a scavenger and buries the mercury in the sediment, mitigating the effect in the oceans. But in this case, the load was just so huge that it could not stop the damage.” In the Permian period, the land was a single continent. It is commonly thought that the eruptions from the volcanoes released carbon dioxide and other deadly poisons after penetrating coal seams. The Calgary University team provided evidence for this in a paper previously published in the Nature Geoscience journal. –Earth Times
Four main characteristics of the Permian-Triassic Extinction were hyper-volcanism, abrupt climate change, changes in ocean salinity which altered the physics of ocean current circulation, and a geomagnetic reversal. Is history about to repeat itself? -The Extinction Protocol

January 7, 2012 – JAPAN – In September of 2011, Tokyo Electric Power Company said they suspected there were 5 active faults near the ********* Daiichi nuclear power plant that could affect the crippled plant if they caused a tremor. TEPCO said in September of 2011 that geological deformations were observed for the first time at 5 faults, suggesting they are active. –ENE News
It therefore should come as no surprise that three earthquakes erupted in the ********* district. The FD report says, On January 5th, an earthquake of magnitude 4.2 hit Japan. The epicenter is ********* Nakadori, where ********* plants are located. It’s shallower than 10km. No information about the plant is announced yet. JNN ********* live camera was down immediately after the quake. The earthquake was only one of three that hit the region in cascading fashion. -Fukushima Diary 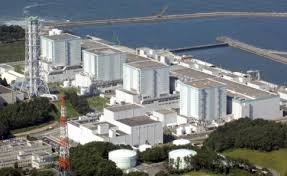 Nightmare waiting to happen: Japan has had a long history of earthquakes and seismic activity, and destructive earthquakes, often resulting in tsunamis, occur several times a century. Due to this, concern has been expressed about the particular risks of constructing and operating nuclear power plants in Japan. Amory Lovins has said: “An earthquake-and-tsunami zone crowded with 127 million people is an un-wise place for 54 reactors.” To date, the most serious seismic-related accident has been the ********* Daiichi nuclear disaster, following the 2011 Tōhoku earthquake and tsunami. Professor Katsuhiko Ishibashi, one of the seismologists who have taken an active interest in the topic, coined the term genpatsu-shinsai (原発震災

, from the Japanese words for “nuclear power” and “quake disaster” to express the potential worst-case catastrophe that could ensue. Dr. Kiyoo Mogi, former chair of the Japanese Coordinating Committee for Earthquake Prediction, has expressed similar concerns, stating in 2004 that the issue ‘is a critical problem which can bring a catastrophe to Japan through a man-made disaster.’ –Wikipedia
Decommissioning ********* Daiichi nuclear power plant will take three or four decades, Japan’s government said in December of 2011, as it unveiled plans for the next phase of a huge and costly cleanup of the tsunami-wrecked complex. If Japan has already entered a new period of geological upheaval as I warned over a month before the deadly March 11, 2011 9.0 magnitude earthquake and faults are being energized- the country may already be too late to spare its citizens from what could amount to another nightmare. –The Extinction Protocol 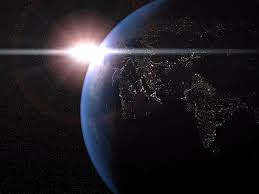 January 7, 2012 – More than 300 record high temperatures were set in 21 U.S. states Thursday. But the heart of the unusual warmth concentrated in Plains, where some areas experienced temperatures 40 degrees above average. Several locations set all-time January record high temperatures, including Huron (65 degrees) amd Mitchell (68 degrees) in South Dakota (SD) and Minot (61 degrees), Fargo (55 degrees) and Jamestown (56 degrees) in North Dakota. (Source: CapitalClimate). What distinguishes this warm spell is the amount by which some records were broken. Consider Rapid City, SD hit 73, obliterating the old record by 13 degrees. (That 73 degree high temperature was 4 above the high temperature of 69 in Miami, Fl). Aberdeen, SD reached 63, smashing the old record of 46 by 17 degrees and setting a new monthly record. AccuWeather highlighted the following incredible record: “…in Philip, S.D., the mercury reached a balmy 74 degrees, which absolutely obliterated the old record of 46 set back in 2002.” In Minnesota, several locations reached the 60s for the first time ever during the first week of January. Alexandria reached 55, crushing its old record of 38 (from 1984) by an amazing 17 degrees. In Nebraska, record highs were set in Omaha (66), North Platte (69), Valentine (69) and Imperial (73, source: USA Today, AP). Sidney Nebraska’s record high of 74 broke the previous record of 62 and tied its monthly record. Record highs were also set throughout the state of Iowa, several by at least 10 degrees. –WPB , Duluth News Tribune 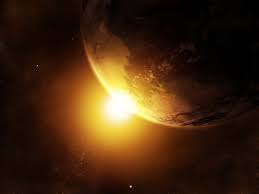 Enjoy the winter chill before scorcher summer sets in. The year 2012 may turn out to be among the top ten warmest years globally, and in the country, since 1850 – over 160 years. The year is also expected to be warmer than the previous year, which was the ninth warmest year for India since 1901. Weather scientists have predicted that 2012 is expected to be around 0.48 degree Celsius warmer than the average temperature or the long term global average. However, he added that the new predictions about 2012 need not be a cause for alarm in the country. According to the weather department’s analysis, while 2011 was the ninth warmest year since 1901, 2010 was the warmest year on record since 1901. The other warmer years were 2009, 2007, 2006, 2004, 2003, 2002, 2001, 1998, 1999, 1958 and 1941. Temperatures were generally near normal over most parts of the country in 2011 except parts of Himachal Pradesh, Jammu and Kashmir and Nagaland, Manipur, Mizoram and Tripura where these were above normal by over one degree Celsius. Indian weather scientists said that generally La Nina, the weather phenomenon which is likely to cause higher temperatures in 2012, has positive impact on monsoons in India. –India Today 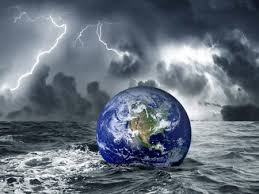 Planetary Climate chaos: As early as 2009, there were clear indications that Earth’s climate was slowly careening out of control. By the time the 2009 Geneva Climate report was released in December; the handwriting for most meteorologists was already on the wall. The game of predicting earth’s natural weather patterns was conforming less and less to tried and true computer models….The weather extremes and wild swings in termperature will become more pronounced with time and are characteristic of a planet suffering ‘meteorological shock‘ brought on by a runaway planetary entropic heating process and magnetic reversal…What we are experiencing now is climate change- what we will be experiencing tomorrow is climate collapse. -The Extinction Protocol, page 137,173