Indivisible, liberty, justice for All: War on Terror to take terrifying turn on American citizens 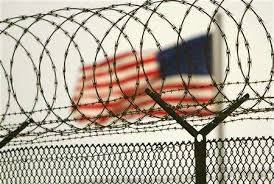 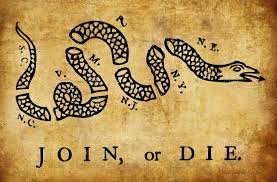 December 15, 2011 – WASHINGTON – Barack Obama has abandoned a commitment to veto a new security law that allows the military to indefinitely detain without trial American terrorism suspects arrested on US soil who could then be shipped to Guantánamo Bay. Human rights groups accused the president of deserting his principles and disregarding the long-established principle that the military is not used in domestic policing. The legislation has also been strongly criticized by libertarians on the right angered at the stripping of individual rights for the duration of “a war that appears to have no end.” The law, contained in the defense authorization bill that funds the U.S. military, effectively extends the battlefield in the “war on terror” to the U.S. and applies the established principle that combatants in any war are subject to military detention. The legislation’s supporters in Congress say it simply codifies existing practice, such as the indefinite detention of alleged terrorists at Guantánamo Bay. But the law’s critics describe it as a draconian piece of legislation that extends the reach of detention without trial to include US citizens arrested in their own country. “It’s something so radical that it would have been considered crazy had it been pushed by the Bush administration,” said Tom Malinowski of Human Rights Watch. “It establishes precisely the kind of system that the United States has consistently urged other countries not to adopt. At a time when the United States is urging Egypt, for example, to scrap its emergency law and military courts, this is not consistent.” There was heated debate in both houses of Congress on the legislation, requiring that suspects with links to Islamist foreign terrorist organizations arrested in the US, who were previously held by the FBI or other civilian law enforcement agencies, now be handed to the military and held indefinitely without trial. The law applies to anyone “who was a part of or substantially supported al-Qaida, the Taliban or associated forces.” Senator Lindsey Graham said the extraordinary measures were necessary because terrorism suspects were wholly different to regular criminals. But another conservative senator, Rand Paul, a strong libertarian, has said “detaining citizens without a court trial is not American” and that if the law passes “the terrorists have won. We’re talking about American citizens who can be taken from the United States and sent to a camp at Guantánamo Bay and held indefinitely. It puts every single citizen American at risk,” he said. “Really, what security does this indefinite detention of Americans give us? The first and flawed premise, both here and in the badly named Patriot Act, is that our pre-9/11 police powers were insufficient to stop terrorism. This is simply not borne out by the facts.” Paul was backed by Senator Dianne Feinstein. “Congress is essentially authorizing the indefinite imprisonment of American citizens, without charge,” she said. “We are not a nation that locks up its citizens without charge.” –Guardian

December 15, 2011 – KERMADEC – A strong 6.3 magnitude earthquake erupted on the ocean floor south of the Kermadec Islands at 1010 GMT on Thursday. The earthquake struck at a depth of 34.1 km (21 miles) but is not expected to be strong enough to generate a tsunami threat. The 6.3 magnitude earthquake was preceded by a 5.6 magnitude foreshock. The Kermadec earthquake is the 5th major earthquake to strike the planet in just four days and it comes as an omen of still more potential planetary seismic unrest. We first saw signs of mounting seismic tension across the planet on December 4th after a successive string of moderate tremors rattled tectonic plates across the globe. In subsequent days, a cadre of stress eruptive earthquakes have struck along the planet’s island arcs. Before today’s Kermadec earthquake, for example, the Island Arcs of South Sandwich Islands, Kuril, the Aleutian Islands in Alaska, Sumatra along the Java Trench, and the Antilles region of the Puerto Rico Trench were all hit by tremors. Similarly, after the 6.3 Kermadec earthquake, a 5.3 magnitude earthquake struck near the Izu Islands along the arc of the Izu-Ogasawara Trench of Japan. Stay tuned; this turbulence may be far from over. –The Extinction Protocol

December 15, 2011 - SPACE – Comet Lovejoy (C/2011 W3) is diving into the Sun and furiously vaporizing as it approaches the stellar surface. The Solar and Heliospheric Observatory (SOHO) is recording the kamikaze plunge. “This is, without any doubt, the brightest sungrazing comet that SOHO has ever seen,” says comet researcher Karl Battams of the Naval Research Lab in Washington DC. The comet’s nucleus, thought to be twice as wide as a football field, will skim approximately 140,000 km (1.2 solar radii) above the solar surface on Dec. 15/16. At such close range, solar heating will almost certainly destroy the comet’s icy core, creating a cloud of vapor and comet dust that will reflect lots of sunlight. “If Comet Lovejoy gets as bright as magnitude -4 or -5, there is a tiny but non-zero chance that it could become visible in the sky next to the Sun,” says Battams. Indeed, something similar happened to Comet McNaught in January 2007 when it was visible in broad daylight: gallery. Standing in the shadow of a tall building to block the sun allowed the comet to be seen in blue sky nearby. “Comet Lovejoy will be reaching perihelion (closest approach to the sun) right around sunset on Dec. 15th for people in the US East, Central, Mountain, and Pacific time zones,” continues Battams. “Be alert for the comet to the left of the sun at that time.” Caution: Do not look at or near the sun through unfiltered optics; focused sunlight can seriously damage your eyes. Discovered on Dec. 2nd by amateur astronomer Terry Lovejoy of Australia, the comet is an unusually large member of the Kreutz family. Kreutz sungrazers are fragments of a single giant comet (probably the Great Comet of 1106) that broke apart back in the 12th century. SOHO sees one plunging into the Sun every few days, but most are small, no more than 10 meters wide. Comet Lovejoy is at least ten times larger than usual. –Space Weather