Posted on November 15, 2013 by The Extinction Protocol November 15, 2013 – MOSCOW - To protect Russians against the “collapsing US debt pyramid”, a Russian legislator has filed a draft bill to ban circulation of the currency in Russia. Once a Moscow mayoral hopeful, Mikhail Degtyarev, 32, likens the US dollar to a worldwide ponzi scheme which he says is scheduled to end in 2017. “If US national debt continues to grow at its current rate, the dollar system will collapse in 2017,” the submitted draft legislation says. “In light of this, the fact that confidence in the US dollar is growing among Russian citizens is extremely dangerous,” Degtyarev wrote in his explanatory note attached to the bill. The bill would impose a ban on dollars within a year of its passage, and any private citizen holding accounts in dollars would either need to spend the money or convert it to another currency. There is no proposed ban on the euro, British pound, yen, or yuan. If one doesn’t exchange or transfer dollars within a year, the dollars will be seized by officials, and reimbursed in rubles within 30 calendar days. Under the proposed legislation, Russians would still be able to use dollars abroad and have foreign bank accounts, as well as buy goods on the Internet in dollars. The Russian government, Central Bank, Foreign Ministry, Federal Treasury, Federal Security Service, and other state branches would be exempt from the law. 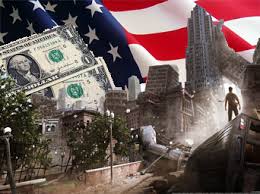 To protect Russian nationals, Degtyarev proposes to end dollar transactions and deposits at Russian banks, which would give rise to the ruble, and end dependence on the world’s dominant currency. Part of the bill aims to restore the prestige of the ruble, which has weakened as the Russian economy battles inflation and slow growth. Raising the prestige of the ruble by nixing foreign currency isn’t a novel idea- it was practiced during the Soviet Union when holding foreign currencies was illegal. A similar ‘anti-dollar’ proposal was filed by Duma deputies in 2003, but completely flopped. Moscow, a developing financial center, is home to several international corporations, and many companies pay their employees in dollars, or ruble salaries pegged to the dollar. If the bill garners enough support, it will continue onto as many as three preliminary hearings before being passed into law. Degtyarev has made a name for himself with his outlandish proposals- from giving women extra holidays during menstruation, to his declaration Russia would lead the fight in defeating the antichrist. He serves as the head of the science and technology committee in the lower house of the Duma. The populist Liberal Democratic Party (LDPR) is a political platform for Vladimir Zhirinovsky, who is famous for political antics and outlandish bills. On the same day, November 13, Belarus issued a statement denying rumors they were mulling a similar currency ban, after an opposition group reported a currency circulation ban that would get rid of dollars and euros in two months. Citing Alexander Timoshenko, a representative of the Belarus’s National Bank, Interfax reported the rumors were “absolute nonsense” for a country with an open economy. –RT News

Posted on November 15, 2013 by The Extinction Protocol November 15, 2013 – CINEMA - The first official trailer for “Noah,” Daren Aronofsky’s much talked about follow-up to 2010’s “Black Swan,” hit the Internet Thursday. The latest adaptation of the Book of Genesis narrative stars a grizzly-bearded Russell Crowe as the titular hero, and also features Jennifer Connelly, Emma Watson, Anthony Hopkins and Ray Winstone. With the exception of a leaked trailer that circulated online late last month, the clip is the first real look at the director’s grandiose take on the biblical epic. Despite the release of the trailer, there are reports that the director and Paramount are currently at war over the final cut of the film after test audiences reacted poorly to the movie in New York, Los Angeles and Orange County, Calif. “Noah” is expected to be released on March 28, 2014. –NY Post

Posted on November 14, 2013 by The Extinction Protocol November 14, 2013 – TAIWAN – A strain of bird flu that scientists thought could not infect people has shown up in a Taiwanese woman, a nasty surprise that shows scientists must do more to spot worrisome flu strains before they ignite a global outbreak, doctors say. On a more hopeful front, two pharmaceuticals separately reported encouraging results from human tests of a possible vaccine against a different type of bird flu that has been spreading in China since first being identified last spring, which is feared to have pandemic potential. The woman, 20, was hospitalized in May with a lung infection. After being treated with Tamiflu and antibiotics, she was released. One of her throat swabs was sent to the Taiwan Centers for Disease Control. Experts there identified it as the H6N1 bird flu, widely circulating in chickens on the island. The patient, who was not identified, worked in a deli and had no known connection to live birds. Investigators couldn’t figure out how she was infected. But they noted several of her close family and friends also developed flu-like symptoms after spending time with her, though none tested positive for H6N1. The research was published online Thursday in the journal Lancet Respiratory Medicine. Since the H5N1 bird flu strain first broke out in southern China in 1996, public health officials have been nervously monitoring its progress — it has so far killed more than 600 people, mostly in Asia. Several other bird flu strains, including H7N9, which was first identified in China in April, have also caused concern but none has so far mutated into a form able to spread easily among people. “The question again is what would it take for these viruses to evolve into a pandemic strain?” wrote Marion Koopmans, a virologist at the National Institute for Public Health and the Environment in the Netherlands, in a commentary accompanying the new report. She said it was worrying that scientists had no early warning signals that such new avian influenzas could be a problem until humans fell ill. 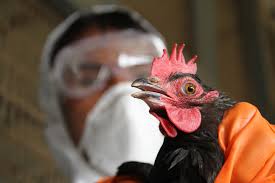 Scientists often monitor birds to see which viruses are killing them, in an attempt to guess which flu strains might be troublesome for humans — but neither H6N1 nor H7N9 make birds very sick. Koopmans called for increased surveillance of animal flu viruses and more research into predicting which viruses might cause a global crisis. “We can surely do better than to have human beings as sentinels,” she wrote. The vaccine news is on the H7N9 bird flu that has infected at least 137 people and killed at least 45 since last spring. Scientists from Novavax Inc., a Gaithersburg, Maryland, company, say tests on 284 people suggest that after two shots of the vaccine, most made antibodies at a level that usually confers protection. “They gave a third of the usual dose and yet had antibodies in over 80 percent,” said an expert not connected with the work, Dr. Greg Poland of the Mayo Clinic. “This is encouraging news. We’ve struggled to make vaccines quickly enough against novel viruses,” he said. Results were published online Wednesday by the New England Journal of Medicine. In a separate announcement on Thursday, Switzerland-based Novartis announced early tests on its H7N9 vaccine in 400 people showed 85 percent of them got a protective immune response after two doses. The data has not yet been published. The world needs to be prepared for “unpredictable pandemics” from viruses making the leap from animals to people, scientists in Taiwan also warned. –ABC News BBC