Gideon had 70 sons by his wives and one illegitimate son by one of his slaves. The slave's son was named Abimilek and he put to death 69 of the legitimate sons after Gideon died, but the youngest son escaped. Abimilek ruled for 3 years. Sometime after the three years were finished, "civil war" breaks out between his army and another faction who wants to bring Abimilek down. In the end, Abimilek BURNS THEIR CITY and then a MILLSTONE is dropped on his head and his skull is cracked and he dies.
Here are some interesting verses and my own observations from Judges 9:
1. "They gave him seventy shekels of silver from the temple of Baal-Berith, and Abimelek used it to hire reckless scoundrels, who became his followers. He went to his father’s home in Ophrah and on one stone murdered his seventy brothers, the sons of Jerub-Baal (Gideon). But Jotham, the youngest son of Jerub-Baal, escaped by hiding. Then all the citizens of Shechem and Beth Millo gathered beside the great tree at the pillar in Shechem to crown Abimelek king."


My observation: Obama is also surrounded also by "reckless scoundrels" following him.


2. “But the olive tree answered, ‘Should I give up my oil, by which both gods and humans are honored, to hold sway over the trees?’

“Next, the trees said to the fig tree, ‘Come and be our king.’

“But the fig tree replied, ‘Should I give up my fruit, so good and sweet, to hold sway over the trees?’

“Then the trees said to the vine, ‘Come and be our king.’

“But the vine answered, ‘Should I give up my wine, which cheers both gods and humans, to hold sway over the trees?’

“Finally all the trees said to the thornbush, ‘Come and be our king.’

“The thornbush said to the trees, ‘If you really want to anoint me king over you, come and take refuge in my shade; but if not, then let fire come out of the thornbush and consume the cedars of Lebanon!’


My observation: Interesting that the olive tree, fig tree and cedars of Lebanon (remember the Harbinger) are all mentioned in this story.


3. "After Abimelek had governed Israel three years, God stirred up animosity between Abimelek and the citizens of Shechem so that they acted treacherously against Abimelek...After they had gone out into the fields and gathered the grapes and trodden them, they held a festival in the temple of their god. While they were eating and drinking, they cursed Abimelek."


My observation: 3 years after Obama is nominated on the 7th day of Tabernacles for the Nobel Peace Prize, we reach the 7th day of the Feast of Tabernacles in 2012. The festival when the grape harvest is brought in. This is when the people decided to come against Abimelek, after three years. Sometime after the three years, they attack. Of course, this "festival" could also represent Passover, when we commemorate the death of Christ by eating bread (his body) and drinking wine (his blood).


4. "All that day Abimelek pressed his attack against the city until he had captured it and killed its people. Then he destroyed the city and scattered salt over it."


My observation: Reminder of Lot, city destroyed, wife turns to a pillar of salt.


5. "He took an ax and cut off some branches, which he lifted to his shoulders. He ordered the men with him, “Quick! Do what you have seen me do!” So all the men cut branches and followed Abimelek. They piled them against the stronghold and set it on fire with the people still inside. So all the people in the tower of Shechem, about a thousand men and women, also died."

a. An ax cuts off the branches of the tree... The ax is already at the root of the trees, and every tree that does not produce good fruit will be cut down and thrown into the fire... He cuts off every branch in me that bears no fruit...So he said to the man who took care of the vineyard, 'For three years now I've been coming to look for fruit on this fig tree and haven't found any. Cut it down! Why should it use up the soil?'... So every tree that does not produce good fruit is chopped down and thrown into the fire...The tree you saw, which grew large and strong, with its top touching the sky, visible to the whole earth, with beautiful leaves and abundant fruit, providing food for all, giving shelter to the wild animals, and having nesting places in its branches for the birds— Your Majesty saw a holy one, a messenger, coming down from heaven and saying, ‘Cut down the tree and destroy it, but leave the stump, bound with iron and bronze, in the grass of the field, while its roots remain in the ground.'


b. They burned the city. Joshua 6: "Then they burned the whole city and everything in it" Parable of Wedding Banquet: “But they paid no attention and went off -- one to his field, another to his business. The rest seized his servants, mistreated them and killed them. The king was enraged. He sent his army and destroyed those murderers and burned their city."

6. “But as he approached the entrance to the tower to set it on fire, a woman dropped an upper millstone on his head and cracked his skull.”

Then a mighty angel picked up a boulder the size of a large millstone and threw it into the sea, and said: "With such violence the great city of Babylon will be thrown down, never to be found again.
One of the heads of the beast seemed to have had a fatal wound.

I'm not really sure what the significance is of the 70 brothers, 69 of whom were killed, other than the fact that Abimilek was the only illegitimate son, the son of the "slave woman", like Hagar's son, not the son of promise, like Sarah's son. It might have something to do with the 69 weeks (already gone, or having died) and the one brother (one week) still remains when the story begins. Then after three years into this one week, all of these events begin to happen. It's interesting that March 31, 2013, will be Obama's 70th day into his 2nd term. It could also represent the 69 days from January 21, 2013, to March 30, 2013, and then the 70th and youngest brother escaped, as we will escape on the 70th day, just as Peter escaped on the 7th day of Unleavened Bread and just as Lot escaped after serving a FEAST of UNLEAVENED BREAD, and just as the Israelites escaped by crossing the Red Sea on the 7th day of Unleavened Bread. The evening of March 31, 2013, begins the 7th day of Unleavened Bread, when the sun sets in Israel (still daytime in the US on Firstfruits/Easter Sunday). It says that the youngest brother escaped by HIDING himself. Sounds like Isaiah 26:20 - Go, my people, enter your rooms and shut the doors behind you; hide yourselves for a little while until his wrath has passed by. 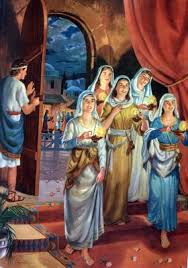 The Meaning of Numbers: The Number 70
The number seventy is another combination of two of the perfect numbers, 7 and 10. Hence 7 x 10 signifies perfect spiritual order carried out with all spiritual power. Both spirit and order are greatly emphasized.

"All the persons who went with Jacob to Egypt, who came from his body, besides Jacob’s sons’ wives, were sixty-six persons in all. And the sons of Joseph who were born to him in Egypt were two persons. All the persons of the house of Jacob who went to Egypt were SEVENTY." (Genesis 46:26-27, NKJV)


The number 70 and the leaders of Israel and the church
Seventy elders furnished Israel's great Tribunal (Exodus 24:1; Numbers 11:16, afterwards called the Sanhedrim (Sanhedrin) - see the number 120)

Seventy disciples sent out by the Lord prefigure the mighty host which followed them in spirit and in power:

"After these things the Lord appointed seventy others also, and sent them two by two before His face into every city and place where He Himself was about to go . . . "Then the seventy returned with joy, saying, 'Lord, even the demons are subject to us in Your name.' " (Luke 10:1, 7)

The number seventy and Jerusalem
In the Bible seventy is specially connected with Jerusalem.

Jerusalem the city kept 70 years of Sabbaths while Judah was in Babylon:

"And this whole land shall be a desolation and an astonishment, and these nations shall serve the king of Babylon seventy years." (Jeremiah 25:11, NKJV)

Seventy sevens (490 years) were determined upon Jerusalem for it to complete its transgressions, to make an end for sins and for everlasting righteousness to enter into it:

"Seventy weeks are determined for your people and for your holy city, to finish the transgression, to make an end of sins, to make reconciliation for iniquity, to bring in everlasting righteousness, to seal up vision and prophecy, and to anoint the Most Holy." (Daniel 9:24)