Syrian President Says He Is Ready to See Damascus Destroyed

“An oracle concerning Damascus: ‘See, Damascus will no longer be a city but will become a heap of ruins.’” (Isaiah 17:1)

In a remarkable exchange that echoed Bible prophecy concerning Damascus, one of the world’s oldest continuously inhabited cities, Syrian President Bashar al-Assad recently said he would continue fighting Syrian rebels, even if it meant the utter ruin of Damascus.

“I will win the war, even if Damascus is destroyed,” he told international UN envoy to Syria, Lakhdar Brahimi.

Brahimi had told Assad that he would not be able to maintain power, and that, most likely, the opposition will defeat him, prompting Assad’s determined reply. (Times of Israel) 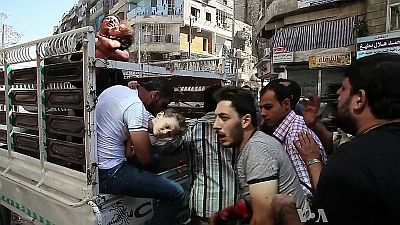 Wounded Syrian civilians arrive at a hospital in Aleppo, Syria, which has
also been hit hard by ongoing battles between Syria and rebel forces.

Last Monday, damaged infrastructure and tapped government finances led to the first overnight power failure in Damascus since the fighting began. Cold temperatures and fuel shortages had residents wrapping themselves in blankets.

"We covered ourselves from the cold in blankets because there was no diesel or electricity for the heaters," said retired teacher Mariam Ghassan, 60. "We changed our whole lives to get organized for power cuts, but now we have no idea when the power will come or go." (HuffingtonPost)

Meanwhile, as fighting continues to rage in and around Damascus, the UN is aiming to raise $1.5 billion for the “millions of people made homeless, hungry and vulnerable by the 22-month-old conflict.” (Jpost)

As the collapse of the Syrian regime draws near, Israel is keeping an eye on Syria's stockpile of chemical weapons that could fall into the hands of Hezbollah and/or other radical Islamist group bent on the annihilation of Israel.

As an apparent preventative measure, the Israel Defense Forces (IDF) deployed two Iron Dome missile defense batteries in Israel's north, near the border with Syria. The IDF described the move as "routine." (Jpost) 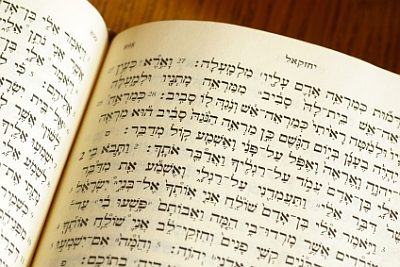 Please help us comfort Israel during these perilous end times.