Remember, remember; the 5th of November: Israel said to be gearing for an attack on Iran before US election

August 21, 2012 – TEL AVIV – Israel’s Prime Minister Benjamin Netanyahu “is determined to attack Iran before the US elections,” Israel’s Channel 10 News claimed on Monday night, and Israel is now “closer than ever” to a strike designed to thwart Iran’s nuclear drive. The TV station’s military reporter Alon Ben-David, who earlier this year was given extensive access to the Israel Air Force as it trained for a possible attack, reported that, since upgraded sanctions against Iran have failed to force a suspension of the Iranian nuclear program in the past two months, “from the prime minister’s point of view, the time for action is getting ever closer.” Asked by the news anchor in the Hebrew-language TV report how close Israel now was to “a decision and perhaps an attack,” Ben-David said: “It appears that we are closer than ever.” He said it seemed that Netanyahu was not waiting for a much-discussed possible meeting with US President Barack Obama, after the UN General Assembly gathering in New York late next month — indeed, “it’s not clear that there’ll be a meeting.” In any case, said Ben-David, “I doubt Obama could say anything that would convince Netanyahu to delay a possible attack.” The report added that Netanyahu and Defense Minister Ehud Barak believe Obama would have no choice but to give backing for an Israeli attack before the US presidential elections on November 6th. There is considerable opposition to an Israeli strike on Iran’s nuclear facilities, the report noted — with President Shimon Peres, the army’s chief of the General Staff and top generals, the intelligence community, opposition leader Shaul Mofaz, “and of course the Americans” all lined up against Israeli action at this stage. But, noted Ben-David, it is the Israeli government that would have to take the decision, and there Netanyahu is “almost guaranteed” a majority. Other Hebrew media reports on Tuesday also said Netanyahu had dispatched a senior official, National Security Adviser Yaakov Amidror, to update the elderly spiritual leader of the Shas ultra-Orthodox coalition party, Rabbi Ovadia Yosef, on the status of the Iranian nuclear program, in order to try to win over Shas government ministers’ support for an attack. –Times of Israel 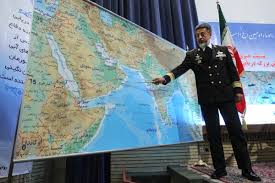 Tapping SPR, an effort to stabilize the price of oil before war? The Obama administration is monitoring oil markets and a release from the nation’s Strategic Petroleum Reserve remains “an option that is on the table” if prices rise or supply is disrupted, said Josh Earnest, a White House spokesman. The administration discussed planning for using the reserve earlier this year when the average retail price of gasoline in the U.S. increased to almost $4 a gallon and the European Union prepared to impose a ban on Iranian oil imports. Oil has climbed 3.4 percent this week on concern that Israel will strike to delay Iran from producing nuclear weapons and as the United Nations Security Council conceded it couldn’t stem the violence in Syria. The U.S. got 16.4 percent of its imported oil from the Persian Gulf in 2011, according to Energy Department figures. Discussion about the reserve comes a sensitive time in U.S. politics as President Barack Obama runs for re-election against Republican Mitt Romney with the sluggish recovery as the central issue. A steep rise in gasoline prices may crimp consumer spending, which accounts about 70 percent of the U.S. economy. In the event of any attack on Iran, the country has said it will block all oil shipments moving through the Strait of Hormuz. –Business Week


It is suggested in some Western intelligence circles that Israel may choose to disable Iran's nuclear program by eliminating its leaders, a process they are cautiously referring to as "decapitation." 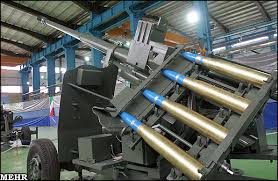 August 21, 2012 – TEHRAN – Amid increasing talk of a possible Israeli strike on its nuclear facilities, Iran has begun construction of a new, state-of-the-art, anti-aircraft missile base. The new base, located near the city of Abadeh, in southern Iran, will cost $300 million, be home to 6,000 personnel, and host seven battalions, Iran’s Fars news agency reported Tuesday. The Deputy Commander of the Khatam ol-Anbia Air Defense Base, Mohammad Hosseini, said the base, the largest of its kind in Iran, will also include one of the most important military training centers in the country. Last month, a senior Iranian air defense commander asserted that all Iranian air defense units and systems are fully prepared to repel possible enemy air raids. Also on Tuesday, Iran’s President Mahmoud Ahmadinejad unveiled an upgraded version of a short-range surface-to-surface ballistic missile just weeks after it was test-fired, Iranian state media reported. At the ceremony unveiling the Fateh-110, or Conqueror, Ahmadinejad told a group of defense officials that Iran wants to advance its defense technology “not in an aggressive context, but as a deterrence. We do not seek it for conquest, domination of neighboring countries and the world. We do not want it because of defiance,” said Ahmadinejad, according to state TV. 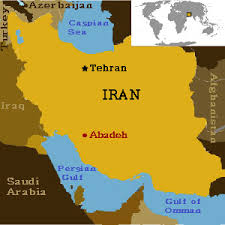 Iran considers both the United States and Israel as potential adversaries. Neither country has ruled out a military strike against Iran’s nuclear program, which they claim is aimed at developing nuclear weapons. Iran says its program is for peaceful purposes. The official IRNA news agency reported Tuesday that the new version of Fateh-110 has a quicker launch capability, a longer life and can be used in adverse weather conditions, but gave no other details. The missile has been in service in Iran over the past decade. Iran claimed earlier in August that it successfully test-fired the missile, saying at the time that Fateh-110 has an improved accuracy to strike land and naval targets within a 300 kilometer (185 mile) range. Since 1992, Iran has tried to set up a self-sufficient military program. The country’s military leaders have said they believe future wars will take place in the air and on sea, and Tehran has sought to upgrade its air defense systems and naval power in anticipation of such a possibility. Iran has also been pushing to upgrade its missiles, which already can target Israel and US bases in the Middle East. The Pentagon released a report in June noting significant advances in Iranian missile technology, acknowledging that the Islamic Republic has improved the accuracy and firing capabilities of its missiles. Defense Minister Gen. Ahmad Vahidi said Iran will commission a new generation of fighter jets, missiles, unmanned drones and submarines by the Iranian New Year, which falls in March 2013. –Times of Israel