March 23, 2012 – AUSTRALIA - A magnitude 6.1 earthquake (5.6 USGS), the biggest in the country for 15 years, has rattled Far North South Australia. The earthquake’s epicenter was recorded at shallow depth near Ernabella, 415km North West of Coober Pedy and about 320km south west of Alice Springs, just before 8pm. Geoscience Australia reported the quake could have been felt by people up to 500km away and damage experienced within a 40km radius of the epicenter. Geoscience Australia seismologist David Jepsen said the quake was the biggest in Australia in 15 years. “There are a number of Aboriginal communities near the epicenter and they would have felt the earthquake strongly,” he said. “It is possible there could be some minor damage up there. One of these in a major city would be a different story. “People as far north as Alice Springs and as far south as Coober Pedy and Oodnadatta could have felt this.”An SA Police spokesman said there had been no reports of damage or injuries. Dr. Jepsen said a 4.3 magnitude earthquake struck near the same location about a week ago. The earthquake was the most powerful in Australia since a 6.3 magnitude quake off Collier Bay, on Western Australia’s north coast, on August 10, 1997. It is the second largest quake to be recorded in South Australia. The biggest was a 6.5 magnitude jolt near Beachport in the South East in 1897, which caused chaos at the nearby town of Kingston and was felt in Adelaide. A magnitude 3.3 quake rumbled through Adelaide on October 19 last year. –Herald Sun

March 23, 2012 – ISRAEL – An earthquake measuring 3.7 on the Richter scale shook the Dead Sea area and was felt as far away as Jerusalem on Thursday morning. The quake struck at 6:17 a.m. with an epicenter near Masada, according to the Seismological Institute. There were no reports of injuries or damage from the tremor. MK Zeev Bielski (Kadima), the head of a Knesset subcommittee for Home Front preparedness, used the event to lament the country’s lack of readiness for an earthquake, Maariv reported. Not enough of the country’s buildings have been quake-proofed, as is called for under National Master Plan 38, he said. “NMP 38 is not being implemented and there is a sense of complacency in the government over anything concerning an earthquake,” Bielski said. “This is a matter that should be at the top of national priorities. We need to learn from other countries that invested budgetary and other resources to protect the home front, and not wake up one day and discover we are too late.” Two weeks ago another 3.7 quake rattled the Galilee in the north of the country causing alarm but no injuries or damage. The epicenter for that quake was just over the border in southern Lebanon. In February, a 3.1 earthquake struck the Tiberias area, also without injury or damage. –Times of Israel 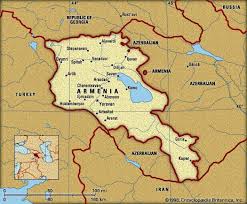 March 23, 2012 – ARMENIA – The number of earthquakes has recently increased in Armenia and the region. The National Seismic Protection Service (NSPS) of Armenia on Wednesday registered a magnitude-3 tremor, whose epicenter was 13 kilometers southeast of Martuni city. Thirteen earthquakes measuring 3 magnitude or higher have occurred in the region. In an interview with Armenian News-NEWS.am Ashkhen Tovmasyan, representative of the National Seismic Protection Service, said According to her, seismic risks are growing with urban development and with population growth. Risk increases in Armenia when new buildings are built and population grows, if there was no urban development there would be no risks. As Ashkhen Tovmasyan mentioned, currently there are no serious anomaly indicating earthquakes, so there is no need to worry about any earthquake. There are often all the indicators of an earthquake but no quake happens. The expert advised to build buildings in safe places and avoid blocking the main entrances. –News.am

March 23, 2012 – CHICAGO – The United States and parts of Canada have come out of winter to find a lingering ridge of high pressure inducing summer-like conditions. The map above shows surface temperature anomalies during March 13-19 compared to averages for those dates over the last 10 years. More than 1,054 locations set new daily high temperatures records and 627 saw new record lows. “Records are not only being broken across the country, they’re being broken in unusual ways,’ reports NASA’s Adam Voiland. “Chicago, for example, saw temperatures above 26.6° Celsius (80° Fahrenheit) every day between March 14-18, breaking records on all five days. For context, the National Weather Service noted that Chicago typically averages only one day in the eighties each in April. And only once in 140 years of weather observations has April produced as many 80°Fahrenheit days as this March,” Volland wrote. “Meanwhile, Climate Central reported that in Rochester, Minnesota, the overnight low temperature on March 18 was 16.6° Celsius (62° Fahrenheit), a temperature so high it beat the record high of 15.5°Celsius (60° Fahrenheit) for the same date,” Volland added. –Discovery News