Road to the mark of the beast Mark of the Beast Technology Dan. 12:4 and Rev. 13:16-17) If you read chapter 1 of my free book you will read all the details of how the world is slowly moving to a cashless society. The Lompoc News carried a report entitle: "In Sweden, cash is king no more". The report addresses how our generation is turning away from cash and moving towards "digital money".

Sweden was the first European country to introduce bank notes in 1661. Now it's come farther than most on the path toward getting rid of them."I can't see why we should be printing bank notes at all anymore," says Bjoern Ulvaeus, a vocal proponent for a world without cash. The contours of such a society are starting to take shape in this high-tech nation, frustrating those who prefer coins and bills over digital money. In most Swedish cities, public buses don't accept cash; tickets are prepaid or purchased with a cell phone text message. As mall but growing number of businesses only take cards, and some bank offices which make money on electronic transactions have stopped handling cash altogether. The decline of cash is noticeable even in houses of worship, like the Carl Gustaf Church in Karlshamn, southern Sweden, where Vicar Johan Tyrberg recently installed a card reader to make it easier for worshippers to make offerings.

“The Swedish Bankers' Association says the shrinkage of the cash economy is already making an impact in crime statistics. The number of bank robberies in Sweden plunged from 110 in 2008 to 16 in 2011 the lowest level since it started keeping records 30 years ago. It says robberies of security transports are also down. "Less cash in circulation makes things safer, both for the staff that handle cash, but also of course for the public," says Par Karlsson, a security expert at the organization”.

Frank shows you how Zech. 12:3 is coming to pass as well as the coming Psalm 83 war.

Zechariah 12:3) Everyone who has been coming to my site should be familiar with this prophecy and, if you’re not you really need to be. This is the prophecy telling us in the last days all the nations will be coming against Israel and Jerusalem. “And in that day will I make Jerusalem a burdensome stone for all people: all that burden themselves with it shall be cut in pieces, though all the people of the earth are gathered together against it.”

Article 15: The liberation Palestine, from an Arab viewpoint, is a national (qawmi) duty and it attempts to repel the Zionist and imperialist aggression against the Arab homeland, and aims at the elimination of Zionism in Palestine. Absolute responsibility for this falls upon the Arab nation - peoples and governments - with the Arab people of Palestine in the vanguard. Accordingly, the Arab nation must mobilize all its military, human, moral, and spiritual capabilities to participate actively with the Palestinian people in the liberation of Palestine. It must, particularly in the phase of the armed Palestinian revolution, offer and furnish the Palestinian people with all possible help, and material and human support, and make available to them the means and opportunities that will enable them to continue to carry out their leading role in the armed revolution, until they liberate their homeland.

Organizers of March to Jerusalem vow 'no violence'

"We believe that the international community has failed as it has not managed to force Israel to stop the Judaization of Jerusalem, the settlements and the separation fence," Yakin said. "Jerusalem is the key to both peace and war. We do not want Jerusalem to turn into the city of death but the city of life for all people."

Yakin denies that Iran is involved in funding the event yet various media reports indicate that Tehran is supporting the march both in declarations, propaganda and in organizing the event. This raises doubts over the organizers' statements that the marches will not be of a violent nature. It should be noted that Hamas, the Muslim Brotherhood, Hezbollah and Islamic Jihad in Lebanon are all taking part in preparations for the events. 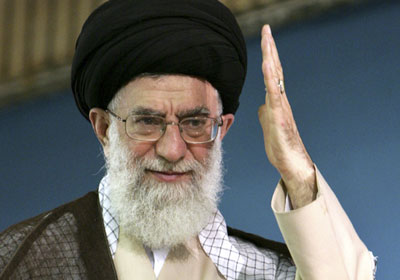 Iran's spiritual leader Ali Hosseini Khamenei announced at the end of February that he supports marches on Jerusalem as he believes Iran must openly support movements and groups acting against Israel. Like other Arab countries, Iran has also established a local organizing body to prepare for the marches, with Hussein Sheikh al-Islam acting as coordinator of the local convoy. 
Here is more news showing you the tide is turning against Israel and the Jews just as it was written in Zech. 12:3!

Gaza terrorists fired a rocket on the Negev, causing no damage or injuries but showing Israel they do not intend to keep the “calm.”