2012, restless new world: protest movements march across the globe from Yemen to Moscow

December 24, 2011 – YEMEN – At least 10 people died when security forces in Yemen’s capital assaulted thousands of marchers with gunfire, water cannons, and tear gas Saturday, eyewitnesses and activists said. “Everyone here is screaming, blood and tear gas (is) everywhere. Saleh’s forces are shooting with snipers. They are blocking streets and attacking women, tearing their hijabs. It’s a war zone out here, smoke is everywhere. Soldiers also have batons,” protester Murad Merali told CNN. Vice President Abdu Rabu Hadi called on security forces to evacuate the area of the protests and not harm the marchers in any way, a senior official in the vice president’s office told CNN. But Mohammed al-Qubati, a medic in Sanaa’s Change Square, said 10 people died and dozens were injured. The marchers hailed from the southern city of Taiz. They walked 155 miles, or 250 kilometers, to the capital over four days in what was billed as a Life March. Yemeni revolutionary wins Nobel Prize They highlighted their dissatisfaction with the part of a power-transfer agreement that gives departing President Ali Abdullah Saleh immunity from trial. The protesters demanded an immediate transfer to democracy, no compromise with Saleh, and trials for all people responsible for violence against peaceful demonstrators over the last year. -CNN 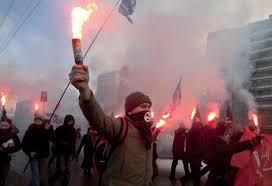 Protests erupt in Moscow: Tens of thousands of people have rallied in central Moscow in a show of anger at alleged electoral fraud. They passed a resolution “not to give a single vote to Vladimir Putin” at next year’s presidential election. Protest leader Alexei Navalny told the crowd to loud applause that Russians would no longer tolerate corruption. “I see enough people here to take the Kremlin and the Government House right now but we are peaceful people and won’t do that just yet,” he said. Demonstrators say parliamentary elections on 4 December, which were won by Mr Putin’s party, were rigged. The government denies the accusation. A sea of demonstrators stretched along Sakharov Avenue, a few miles from the Kremlin, in sub-zero temperatures. Rallies were taking place across Russia, with the first big protest in the far eastern city of Vladivostok. At least 28,000 people turned out in the capital, according to the Russian interior ministry, but rally organizers said the true number was around 120,000. President Dmitry Medvedev announced political reforms this week, but many demonstrators say it is not enough. They are demanding a re-run of the poll, which was won by Vladimir Putin’s party – but with a much smaller share of the overall vote. Mr Putin poured scorn on protesters during a recent live chat on Russian TV, calling them “Banderlog” after the lawless monkeys in The Jungle Book, and likening their protest symbol, a white ribbon, to a condom. However he also said protesters had the right to demonstrate if they kept within the law. -BBC 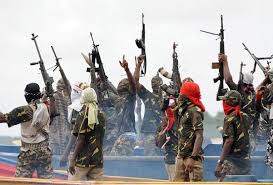 Nigeria explodes: Gun battles between Nigerian security forces and an Islamist sect killed at least 68 people in two days of fighting in northern Nigeria, authorities and hospital sources said on Saturday. Militant group Boko Haram, which wants to impose Islamic sharia law across the country, has been blamed for scores of shootings and bombings in the north, including a spate of attacks in the past few weeks. Nigeria’s army killed more than 50 members of the sect during fighting on Thursday and Friday in the northeastern city of Damaturu, the force’s chief of staff Lieutenant General Azubuike Ihejirika said in comments published in local media. Three soldiers also died, he added. “There was a major encounter with Boko Haram in Damaturu and we overran their stronghold and their ammunition site,” Ihejirika said. “They came with sophisticated and heavy weaponry including GPMGs (machine guns) and bombs but our trained soldiers subdued them.” Hospital sources in Damaturu said they had counted 50 bodies so far, but most of the dead were civilians. “So far 50 bodies have been deposited at the mortuary by the military and police operatives,’ a hospital worker told Reuters by telephone. “They were … seven policemen, two soldiers and 41 civilians.” Sectarian clashes have already left more than 200 dead and the unrest appears to be increasing. -Reuters

Next Domino? Protest movements starting to spread across Saudi Arabia 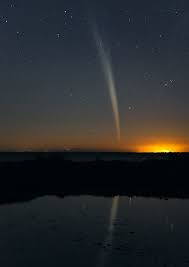 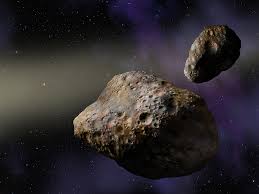 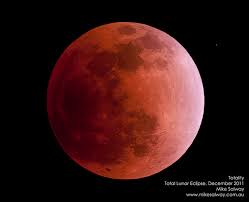 Signs in the Heavens: And mounting distress on Earth among nations with perplexity. Luke 21:25
Prophecy fulfilled? “A comet will be seen in heaven – a star, that is, with a tail or appendage—and this apparition will signify destructions and tumults and hard strifes, and withholding of rains, and dryness of the Earth, and mighty battles, and the flowing of blood upon the Earth of the east, and from beyond the River Harbor it will reach to the very end of the west. And the just and the truly righteous will be oppressed and will suffer persecutions, and the house of prayer will be destroyed.” – Rigord of St. Denis 12th century – The Extinction Protocol, page 18 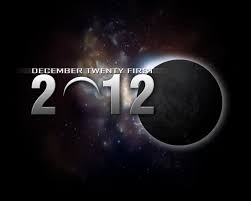 2012 year: And it’s not just a ‘highly improbable’ or so-called miracle comet seen in Earth’s southern hemisphere that was supposed to have been vaporized from its close encounter with the Sun that’s turning our attentions to the heavens as few other times have in recent memory. Not only did Comet Lovejoy pass on the winter solstice; it also arrived on the heels of the blood red lunar eclipse which occurred on December 10, 2011. Consequently, three sizeable asteroids will also zip past planet Earth during the transit of the comet. 2000 YA, a 80 meter-wide asteroid passes 2.9 lunar distances (LD) from the Earth on December 26, and both 2011 SL102 ( a 1.0 km wide rock) and 2011 WS95 (a 48 meter-wide) swish pass us on December 28, 2011. While 2012 is not the end of the world, the signs may be telling us to expect a very turbulent year ahead. –The Extinction Protocol