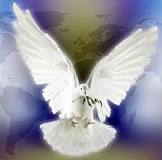 So much for security and so much for the highly publicized Arab spring and the seeds of democracy supposedly being sown through-out the middle-East these past few months. In a frenzy of anti-Israel sentiment, following the ouster of the Israeli ambassador to Turkey, protestors used anything they had, including bare hands to tear down the wall providing protection for the Israeli embassy in Cairo. http://www.foxnews.com/world/2011/09/09/egyptians-tear-down-israel-embassys-security-wall/

With anti Israeli sentiment at an all time high across the region including strain in ties with former allies, Israel is facing, perhaps their worst crisis ever, since achieving statehood in 1948.

Israel is in a very tight spot and the Prime Minister is under great pressure from all sides including his own government. With the noose around them tightening, many are second guessing the Prime Minister and are in favor of supporting a Palestinian state in the hope that finally peace can come to the region. Desperate times call for desperate measures but, this is exactly what they should not do as it never works to try to appease your enemies.

As things look now, a proposal for a Palestinian State will go before the UN on September 20. but, I’m wondering if both sides might reach an agreement first; therefore, keep your eye out for a last-minute deal.

If Israel comes to some kind of agreement regarding the creation of a Palestinian state, they will at least feel that they have some voice in the process. If it goes before the UN, the conditions will be decided for them. The Palestinians probably do not care, which way it goes, as long as they get what they want. They are really in a position of advantage here, and they know it.

The Obama administration would like to head this off before it goes to the UN, because a vote would force them to show their hand. A veto of the proposal would enrage the Arab nations, who would feel betrayed in the wake of our support of the recent ”Arab Spring” and, a vote for it, would alienate millions of prospective voters at home, just as the 2012 elections loom ahead.

We know, the Bible tells us that when they are saying “peace and safety” then sudden destruction will come. If a Palestinian state is forced upon Israel, you can be assured, it will not be peace and safety, but, war! Therefore, I would not be surprised, if some kind of an agreement is reached before the 20th.

Don’t forget in all of this, that President Obama has yet to earn the peace prize awarded to him pre-maturely in 2009. If ever there was a big fish to be caught; this is it!

The Bible tells us in 1 Thessalonians 5:3:

“While people are saying ‘peace and safety’ destruction will come on them suddenly as labor pains on a pregnant woman and they shall not escape.”

In other words, before the ink is dry on any agreement signed, Israel will be attacked – but, it will not be Israel who is destroyed, but, her enemies. It is out of this conflagration that the Anti-Christ will rise and cease the reins.

Brothers and sisters, we have a ringside seat to the action and are active participants through prayer. Which ever way this goes, whether an agreement is reached, or it goes to a vote – either way, the outcome will be the same -the battle belongs to the Lord, and, we know who wins!

Pray for the peace of Jerusalem, they shall prosper who love thee” Psalm 122:6 Watching and waiting with YOU for the soon return of Jesus! Cindy